JupyterLite is a JupyterLab distribution that runs entirely in the browser built from the ground-up using JupyterLab components and extensions.

Although JupyterLite is currently being developed by core Jupyter developers, the project is still unofficial.

Not all the usual features available in JupyterLab and the Classic Notebook will work with JupyterLite, but many already do!

Don’t hesitate to check out the documentation for more information and project updates.

✨ Try it in your browser ✨¶

Install jupyterlite from PyPI, which comes with the CLI and a pre-built, empty site archive.

Use the jupyter lite CLI to build, check, or create a reproducible, remixable archive of your site, then publish your built site to any static host, such as GitHub Pages or ReadTheDocs. 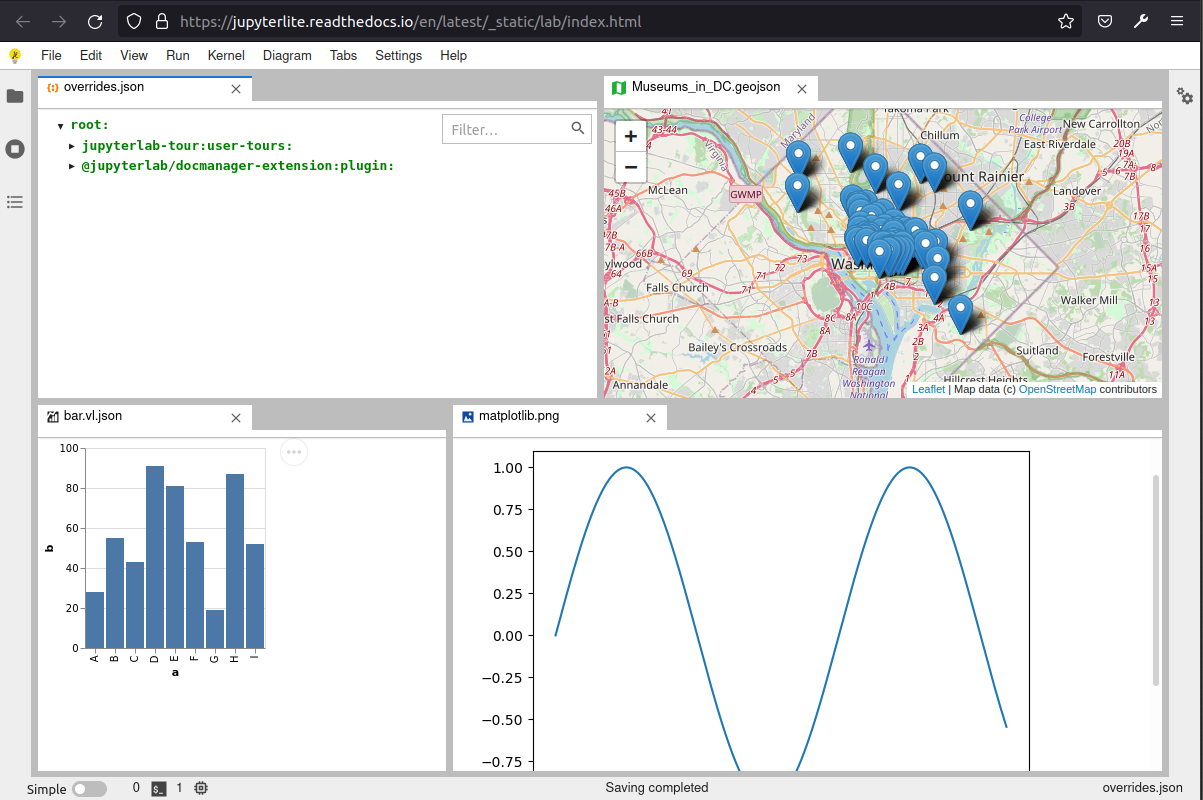 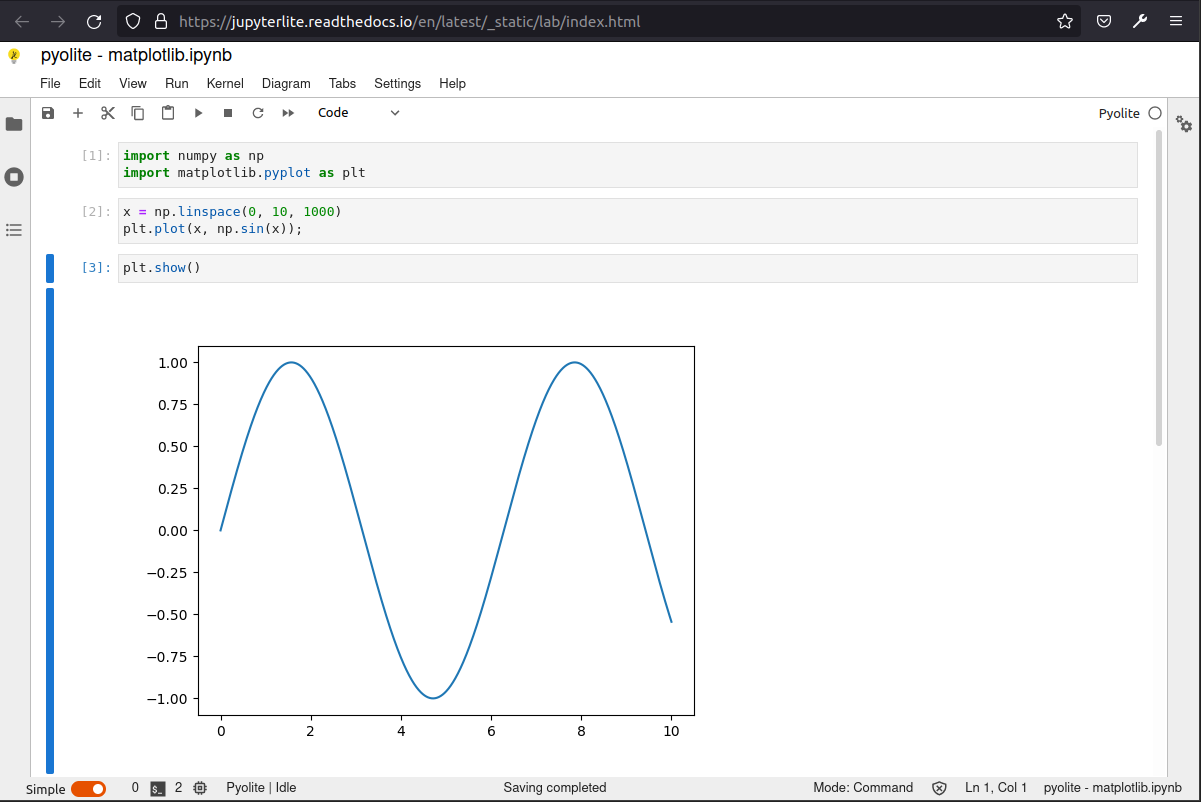 See the contributing guide for a development installation.

JupyterLite is a reboot of several attempts at making a full static Jupyter distribution that runs in the browser, without having to start the Python Jupyter Server on the host machine.

The goal is to provide a lightweight computing environment accessible in a matter of seconds with a single click, in a web browser and without having to install anything.

This project is a collection of packages that can be remixed together in variety of ways to create new applications and distributions. Most of the packages in this repo focus on providing server-like components that run in the browser (to manage kernels, files and settings), so existing JupyterLab extensions and plugins can be reused out of the box.